It is a privilege to be part of our students’ educational journey, and with the release of ATAR results early this morning, today marks a special milestone.

This is particularly true for our four students who received a “perfect score” of 99.95. It is an incredible achievement and headlines a terrific set of results.

This year, our cohort attained a median ATAR score of 88.90, a median Study Score of 35 and 11 perfect Study Scores across seven subjects (including one Ruyton Girls’ School student from the Trinity/Ruyton Coordinate Program). 77.71% of our students scored in the top 25% of the state, 44.57% of our students received an ATAR of 90 or above, and 24% achieved 95 or above.

While these scores do not define their Trinity story, they are something to celebrate and acknowledge. Amongst many things, they represent a commitment by the students to their studies, their aspirations, and to becoming the very best they can be. They are also testament to the people who supported and encouraged them throughout their education – the teachers and support staff at Trinity, together with our students’ families and support networks at home. It has been our pleasure to be part of the journey and to have watched as they have developed their courage, their leadership and their own unique character. Regardless of their academic results, we know they are well prepared to go into the world and we look forward to witnessing their achievements in the next chapters of their lives.

Congratulations, Class of 2022. We are proud of you.

*including one Ruyton student from the Coordinate Program

An exceptional suite of VCE results

An impressive 13 students achieved ATAR of 99.00 or above, placing them in the top 1% of the state, including:

A perfect Study Score of 50 was achieved across a range of subjects:

Ruyton student from the Coordinate Program 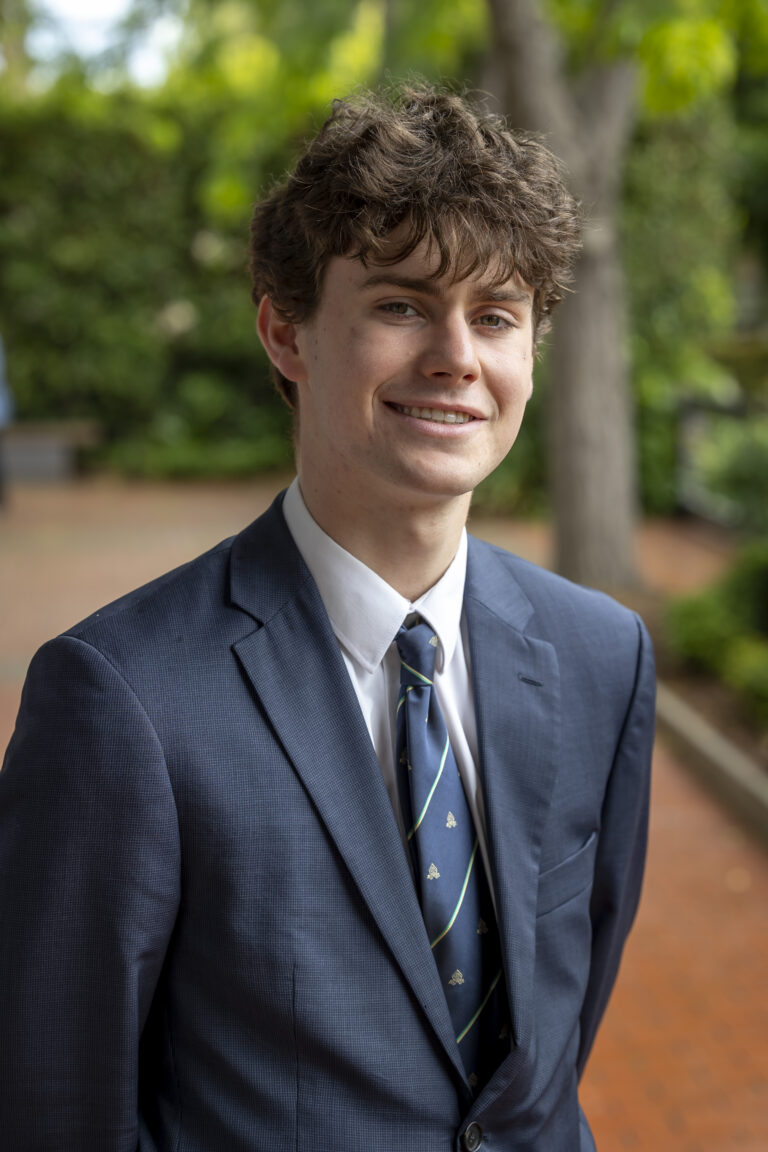 David commenced at Trinity in Year 7. Throughout his time as a student, David has espoused the values of the Trinity community and in addition to his studies, has maintained an active presence in the life of the school.

Appointed Merritt House Captain for 2022, David led by example and always showed great support and encouragement to his peers. He was involved in all the school’s House events, and co-authored Merritt’s HPAF production of “The Truman Show”. David was an excellent role model for the younger students, and this was especially demonstrated in his involvement in the Outdoor Education Camps where he led a Year 8 Camp.

David was a key member of the Inter-School Debating team, representing the school with distinction and was awarded the Bunting Oration for Public Speaking. As a sportsperson, he was a member of the Tennis and Badminton teams.

A keen scholar, David has received many prizes and distinctions during his time at school and was selected by the University of Melbourne to partake in the Kwong Lee Dow Young Scholars Program, an academic enrichment course designed to support high achieving Victorian Year 11 and Year 12 students. This year, David was awarded the WHS Dickinson Prize for the Dux of Humanities, and the RM Begg Prize for English.

He also accepted an offer for a 2023 Tuckwell Scholarship at The Australian National University for five years of full-time study.

David started at Trinity in Prep, and made his mark as a student of both talent and curiosity from the start. He is an accomplished debater, gifted sportsperson and musician, as well as an exceptional scholar.

David’s natural leadership qualities were also evident from an early age, so it was fitting that he was appointed Junior School Captain in 2016. Throughout his time in the Senior School, David’s ongoing leadership reflected his broad areas of interest: he was Section Leader in music ensembles, a cross-age mentor for younger students on camp and Captain of sports teams. A strong advocate for student empowerment, David was voted as School Vice-Captain in his final year. He approached this role with dedication and self-effacement – and leaves a legacy of establishing new initiatives and strengthening community ties.

A fine athlete, David represented Trinity in AGSV Swimming events with great success and was named Captain of Swimming in 2022. Not content to just follow the black line in the pool, he also lunged and parried his way to triumph on the piste, also captaining the well-credentialled Fencing team.

Given his significant commitment to co-curricular events, David’s academic accomplishments are all the more impressive. He regularly received High Distinctions in the annual Australian Mathematics Competitions, and was part of the award-winning Trinity Da Vinci Decathlon team. In Year 10, David was selected by the University of Melbourne to partake in the Kwong Lee Dow Young Scholars Program, an academic enrichment course designed to support high achieving Victorian Year 11 and Year 12 students. David also received subject Distinction awards every academic year, reflecting a breadth of talents and interests.

Enda started at Trinity in Year 7 in 2017, and in addition to being an outstanding scholar, is a talented individual with a broad range of interests.

This year, Enda was appointed Co-captain of Academic Studies and he was a strong advocate for student empowerment and cross-age mentoring. In this role, he supported the running of many clubs and societies, and was the Editor-In-Chief of the student produced Trinity Inquirer magazine. He was also responsible for the running of student-led VCE workshops and revision sessions throughout the year.

As a keen musician, Enda performed regularly with the Trinity Symphony Orchestra and he received the Principal’s Award for exceptional contribution to the Music Program in 2021. He enjoyed playing Tennis and Soccer during his time at school.

Enda represented the school in numerous academic competitions, and he received many prizes and commendations. This year, he received an Outstanding Award in the University of Melbourne Mathematics Competition and was awarded a Silver Medal in the Australian Mathematics Informatics Olympiad. He also received The Prize for Latin and the JD Levick Prize for Physics.

While Aden’s academic achievements are laudable, they are perhaps even more noteworthy when viewed against his remarkable involvement in all aspects of Trinity life. In many regards, Aden is the redefinition of the Renaissance scholar – one who has fully embraced the breadth of school life as well as the depth.

Since he arrived at Trinity in Year 7, Aden has availed himself of every opportunity, attaining excellence in diverse areas such as music, debating and sport. Notably, he has appeared on stage every year in School Drama productions; from a lead role in “Robin Hood” in Year 7 right through to a main character role in “Lanny” in 2022. Aden has also participated in orienteering and volleyball, and has been a vital member of the successful hockey program throughout his six years.

Aden always displayed humble leadership and was appointed School Vice-Captain in his final year. He balanced his challenging academic studies with organising and running School Assemblies and special events, as well as supporting his other Captains and advocating for his fellow students.

A keen scholar, Aden’s list of subject Distinctions is extensive, and he was fittingly a member of the winning State Championship team in the Da Vinci Decathlon in Year 8. In 2020, Aden was selected by the University of Melbourne to partake in the Kwong Lee Dow Young Scholars Program, an academic enrichment course designed to support high achieving Victorian Year 11 and Year 12 students. Aden received prizes at Trinity’s Presentation Night in every school year. He garnered eight in 2022 across a remarkable range of disciplines, including English, Specialist Maths, French and Global Politics. Most aptly, Aden was awarded the prestigious Rhodes Prize for outstanding contributions across all aspects of school life.