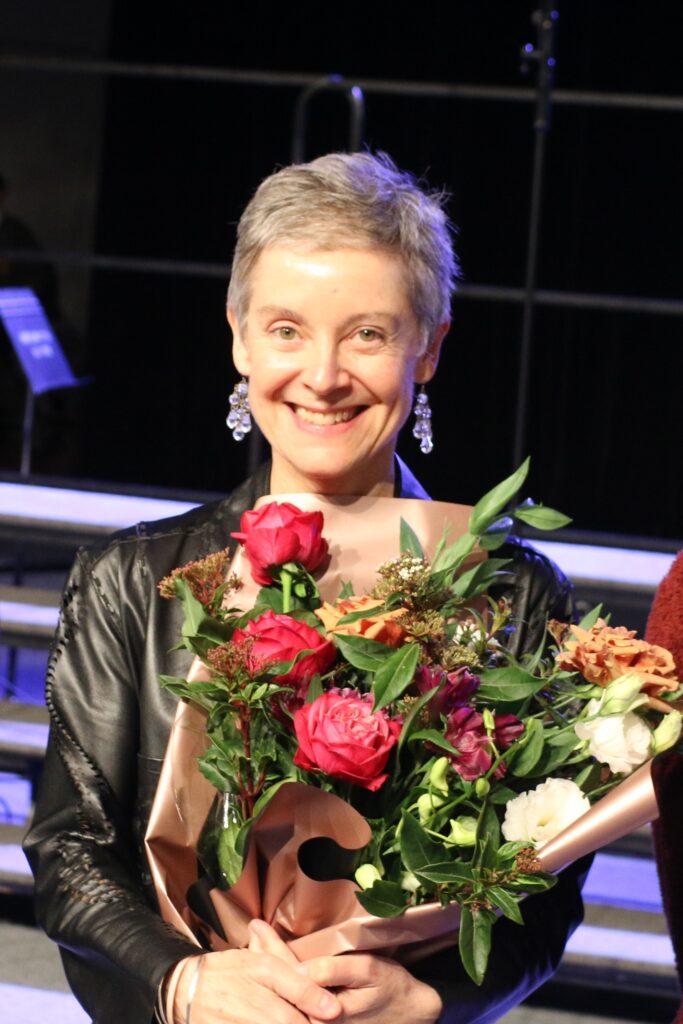 Farewell and thank you

According to the Australian Institute of Business: ‘On average, today’s Australian employee changes jobs 12 times throughout their life, with an average tenure of 3.3 years.’ Between them, these three staff members, who are retiring at the end of this year, have over 103 years of service to Trinity!

We acknowledge and express our deepest gratitude to Rohan Brown (33 years), Kate Hall (35 years) and Michelle Stanic (35 years and 7 months) for their loyalty and dedication to the students of this school. While long-serving staff members are always acknowledged in The Mitre, Trinity’s yearbook, The Trinity Grammarian reaches the wider Trinity community and seemed an appropriate forum for Rohan, Kate and Michelle to reflect on their time at the school. All are characteristically understated about the numerous roles they have held and the significant impact they have had.

How do you write something about yourself?

It was a gamble in 1988 to accept a teaching position at Trinity when it was offered by Mr Marles. I had also been offered a position at Scotch: imagine that, I could have been a Scotchie! It has been a marvellous 33 years with still a year of long service leave to take, but you have to know when the time is right to finish up.

I have always taught Mathematics and coached two sports, football and volleyball, as well as organising loads of camps and rafting trips. I have thoroughly enjoyed every aspect of school: the boys, staff, Old Boys, parents both past and present. Thank you to the Headmasters and Principals I have worked for and with and thank you to all the teaching and administrative and maintenance staff with whom I have shared the journey.

If I had my time again, I would not change a thing and, I would probably make some of the mistakes again too. There is a little bit of green and gold in my blood and a little bit of me in Trinity. Thank you for a most satisfying career and I hope to see many Old Boys, parents and past staff at Bulleen or at reunions. I would like to apologise to my kids and my wife for being a Deputy Headmaster at home as well as at school.

26.5.1986 – now that is a date I will never forget. I clearly remember walking into the P and F Hall with the entire TGS staff (yes, the whole staff could be seated in there with room to spare). We listened to the address of Mr Don Marles, the Headmaster who had recently appointed me. I wondered if Trinity and I would be a good match, and if I had enough to offer.

Fast forward (showing my age) to 2021 and 35 years later, and I contemplate what has been an exceedingly happy, exciting, challenging, opportunity-rich and diverse career.

I am grateful to record in print my sincere and eternal thanks to Barbara Argall (my first Music teacher who insisted I apply for the position at TGS), Suzanne Brimacomb (Director of Music, mentor, and friend), Don Marles, five subsequent Headmasters and our current Principal Adrian Farrer, hundreds of staff (teaching/ESS and Maintenance), and the thousands of boys and parents whom I have been so fortunate to know.

Siegfried Franke and Therese McCoppin were there with me from the beginning, and I will always appreciate their friendship and support. All past and current Music staff have made an indelible impression on me in so many ways, and their positive influence on our wonderful boys is evident in the reputation Trinity students enjoy in the wider community, for both their personal conduct and dignity, and many for their outstanding musicality.

I take with me the fond memory of concerts, House Performing Arts Festivals, school musicals, tours, Founders’ Day Fairs, Carol Services and Presentation Nights, but also the echo of laughter in the classroom and staffroom. I have been most fortunate. Thank you, Trinity x

In 1986, I was facing a dilemma – to continue with teaching or take a chance by changing careers. As my uncertainty persisted, I took the advice of a friend who suggested that I should not turn my back on teaching but instead try the independent system. Ah, what sage advice, as I came to Trinity to teach English and happily have never given a thought to what else might have been.

So, I became immersed in the world of the green and the gold and the mitre, within the classroom and without. One major change was the experience of Saturday sport, as both coach and spectator, and the questionable joys of bus journeys to Bulleen for training on hot summer afternoons. Life at Trinity has also meant experiencing the miraculous transformations associated with House Performing Arts Festivals, as well as so many marvellous plays and musicals where boys found their talents with another form of teamwork. It has meant visits to Lake Eppalock to see boys out of their comfort zone, while others were finding a place where they could excel, in a way that they never believed they could within the classroom.

Trinity has meant forming friendships with staff, students and families, with that well-worn concept of community being lived, rather than simply being proffered as something to be valued. It has meant a great deal to me as I found a place where I felt valued and where there has been amazing joy and fulfilment as a teacher – and to think I contemplated giving it all up. I must have been mad.

It has taken me 35 years but now I have made the decision to finish my teaching career, together with my wonderful friends, Michelle and Rohan. Thank you, Trinity, for all the fun – and yes, it has been great fun. Who could wish for more from their career?